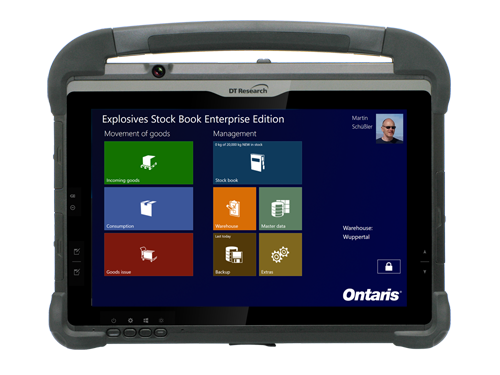 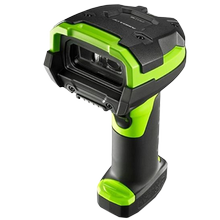 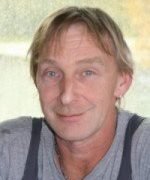 „I am extremely pleased with the Ontaris system. Overall, the cost is lower, the whole thing runs faster and easier. I do not want to have the green book any more.“ 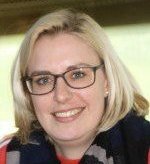 „Due to the situation with the explosives manufacturers, an introduction phase was not feasible for us, even if it had been planned in advance. This was mainly due to the electronic delivery notes, which were not available everywhere.“

It is at 7 o’clock in the morning. The autumn day promises to be beautiful. There is a truck with a delivery of explosives in the courtyard. The explosives are being unloaded by forklifts and placed in the bucket of the wheel loader, which will then take them to the blast site.

Alfons Planken, responsible demolition expert at Sauerländer Hartkalkstein-Industrie GmbH (SHI) in Bad Wünnenberg, Alme Stone Quarry, examines the delivery once again. Using the delivery slip, he goes through the individual items and checks them off. This is routine; he has received every delivery and inspected it for years. Since April he has used a rugged tablet computer with a small hand held scanner to check the incoming goods. After 10 to 15 scans, he releases the goods for transfer to the blast site, presses on the tablet computer’s display and posts the explosives in the electronic explosive stock book.

This new technology was introduced six months ago throughout the entire Mitteldeutsche Hartstein-Industrie Gruppe (MHI); the Europe-wide directive came into force a few months before April 5, 2015. Since then, every company that deals with explosives and detonators is obliged to ensure the traceability of the products used. Alfons Planken can report that this was not initially well received in the industry but was rather fraught with many fears: „There was no opportunity to familiarize ourselves with the new system prior to its introduction and there was no time to practice, mainly because the manufacturers of explosives were not ready.“

Since April 5, 2013, all manufacturers of explosives have been obliged to label each detonator, each cartridge and detonating cord with a unique number. It was agreed to print a data matrix code on each item in addition to the alpha numerical representation for each item. Then on April 5, 2015, the tracing obligation entered into force for consumers. This means that all the individual numbers must be documented upon goods receipt as well as when they are used.

To make the whole thing practicable, the European explosives manufacturers established for every supply a digital delivery slip in the form of an XML file, which includes all the individual identification numbers of explosives supplied.

Everyone is waiting, but for what?

Before the directive entered into force in April 2015, the theme of „Tracking and Tracing Explosives“ was very controversial. Since 2013, it was repeatedly a major theme at conferences and seminars. Only the implementation did not take place. Time passed, without producing tangible results. The manufacturers did not provide digital delivery notes, because there were supposedly no users who wanted to get this information with the delivery. Everybody was waiting. But for what?

Development of a solution by Ontaris

At the end of 2013, the company Ontaris GmbH & Co. KG in Wuppertal in close cooperation with several quarries, mines and explosives dealers started to develop an easy-to-use system optimally matched to the application and on its part sought companies where practical experience could be gained. „Everything was new. People authorized to perform blasting in companies were not used to working with computers. Moreover, the processes, such as how digital delivery slips would be transferred from the supplier, were completely unclear. One had the feeling, no one wanted to take the first step,“ says Martin Schüssler, Managing Director of Ontaris GmbH.

Introduction in the MHI Group

At the same time, MHI addressed the new guidelines early in the Group and looked for a suitable supplier for implementation. Thus, in the summer of 2014 initial discussions took place with the company Ontaris.

MHI was quickly impressed with Ontaris’ explosives stock book. People authorized to do blasting in the individual facilities recommended the solution for MHI Group, so that introduction could take place in early 2015. Unfortunately, at that time the explosives manufacturers were not so advanced with their IT and training that they could regularly and reliably supply digital delivery slips with their shipments. „That took a lot of energy, and the authorized blasters barely had time to familiarize themselves with the new system before it had to be converted by April 2015,“ explains Katharina Hermsen, Executive Assistant Technology at MHI Group.

In the meantime, the explosives are ready at the blasting site. The holes are filled, the initiation system connected. The explosives not needed have been returned to the supplier’s truck. There Alfons Planken scans the cartons and some detonators going back to the supplier using the Ontaris system. One click on the stock control immediately gives him the certainty that he has carried out all bookings correctly. The inventory indicates an empty warehouse and the stock movement includes all actions performed.

Martin Schüssler talks about the fact that in practice there are always things not regulated in the law. „Nowhere is it written, what I should do if I have to take explosives from the blast site back to my warehouse or return them to the supplier when the label with the barcode has become dirty or lost. We have found a very simple, practical solution for these cases. We have continually developed our system further in recent months, so that our customers can work even better with it.“

Although initially extremely skeptical, Alfons Planken is able to draw a positive conclusion from the first six months of practice using the tablet: „I am extremely pleased with the Ontaris system. Overall, the cost is lower, the whole thing runs faster and easier. I do not want to have the green book anymore.“

We may request cookies to be set on your device. We use cookies to let us know when you visit our websites, how you interact with us, to enrich your user experience, and to customize your relationship with our website.

Click on the different category headings to find out more. You can also change some of your preferences. Note that blocking some types of cookies may impact your experience on our websites and the services we are able to offer.

These cookies are strictly necessary to provide you with services available through our website and to use some of its features.

Because these cookies are strictly necessary to deliver the website, refuseing them will have impact how our site functions. You always can block or delete cookies by changing your browser settings and force blocking all cookies on this website. But this will always prompt you to accept/refuse cookies when revisiting our site.

We fully respect if you want to refuse cookies but to avoid asking you again and again kindly allow us to store a cookie for that. You are free to opt out any time or opt in for other cookies to get a better experience. If you refuse cookies we will remove all set cookies in our domain.

We provide you with a list of stored cookies on your computer in our domain so you can check what we stored. Due to security reasons we are not able to show or modify cookies from other domains. You can check these in your browser security settings.

These cookies collect information that is used either in aggregate form to help us understand how our website is being used or how effective our marketing campaigns are, or to help us customize our website and application for you in order to enhance your experience.

If you do not want that we track your visit to our site you can disable tracking in your browser here:

We also use different external services like Google Webfonts, Google Maps, and external Video providers. Since these providers may collect personal data like your IP address we allow you to block them here. Please be aware that this might heavily reduce the functionality and appearance of our site. Changes will take effect once you reload the page.

The following cookies are also needed - You can choose if you want to allow them: